There are a number of PowerShell “best practices” out there, and the one that I think that is most misunderstood is:

The theory (probably correctly) says that your code should be self-documenting/self-explanatory, and should include things like:

In this way, you end up with code that is easily readable and understandable, and not padded out with “filler”, in the form of comments.

When it comes to writing comments in your PowerShell scripts, the single-most important rule should be:

Above all else, your script needs to be supportable when you’re not around. I cannot stress this enough.

In my case, most of my scripts are handed-over to people who are not experts in either PowerShell or coding (much like myself), and long after I’ve gone, these scripts will still need to be maintained and modified by those same people – some of whom may only have the faintest grasp of how to write/modify/use PowerShell.  Making their future task easier is your responsibility, right now.

So – yes, the scripts I post here are *heavily* commented to the point of over-commenting – but it’s intentional, with the goal to make my scripts as understandable and supportable by as many people as possible. 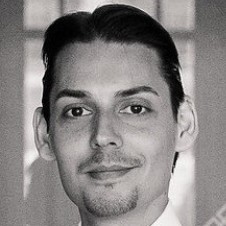